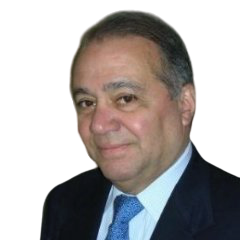 Khurshed Birdie brings more than thirty-five years of IT leadership as both an executive and advisor to top companies within the financial services sector. Birdie began his IT leadership career in the early 1980's serving as an IT executive for Morgan Stanley. He then moved to First Boston Corp to head-up its elite FBC Technologies group, an "advanced technology" organization housed within the multi-billion dollar international investment bank and brokerage firm. It was there he led the effort to conceptualize, design, and construct the $60+ million integrated global trade processing system called New Trade Processing Architecture (NTPA). This technology led to First Boston's joint-venture with IBM, Seer Technologies, ultimately resulting in a successful IPO. Most recently, Khurshed was Chief Technology Officer for IT consulting firm Northstar Technologies, where he served a who's who list of clients including NYSE Euronext, Nomura America Services, Citibank, Dun & Bradstreet, First Boston, JPMorgan, Lehman Bros., and many others.